The team behind Ming River Sichuan Baijiu met in China, united by a passion for baijiu. Ming River includes the oldest Chinese distillery, author of the first English-language books about baijiu; and proprietors of the world’s first cocktail bar dedicated to baijiu. 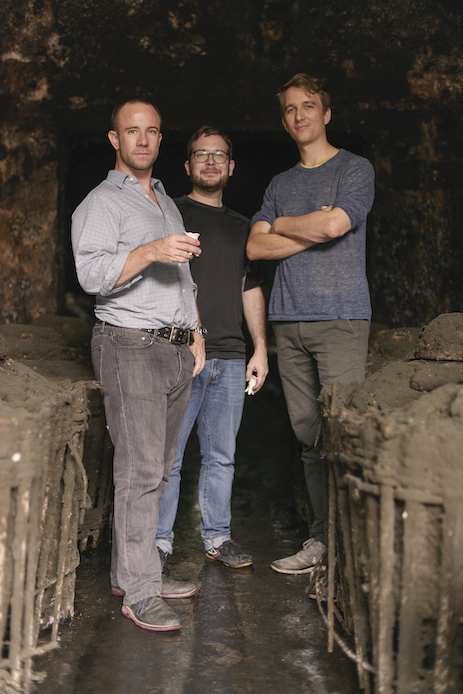 We believe that Chinese spirits can transform the way the world thinks about alcohol.

We created Ming River to celebrate a tradition born in Sichuan, a current that flows from the Ming Dynasty to the present, from China to the world.

After studying Chinese and Chinese History at Columbia University, Bill Isler became an entrepreneurial migrant in Beijing where he spent nearly 15 years, focusing on food and beverage ventures targeting expats and middle-class Chinese. After briefly leaving the bar and restaurant industry to work with beef cattle in Inner Mongolia, the opportunity to help open and manage the Capital Spirits baijiu bar gave Bill the perfect opportunity to re-apply his F&B knowledge and experience.

Matthias has long worked to bring attention to underrated, underappreciated spirits. In 2009 he founded WESTKORN, a modern premium interpretation of a traditional German grain spirit, helping to spark the classic drink’s revival.

Ming River brings together Matthias’ two great passions: liquor and China. Since 2001 he has toured and lived in the country, working for development banks and the German government. Through his travels he became fascinated by the baijiu he encountered. So in 2014 he teamed up with Bill and Simon to open Capital Spirits in Beijing, the world’s first baijiu bar.

Though he misses the culinary diversity and narrow alleyways of Beijing, Matthias has returned to Berlin, from where hopes to spread the baijiu revolution to Europe.

Derek is a leading international voice on baijiu. He is the author of Baijiu: The Essential Guide to Chinese Spirits and Drunk in China: Baijiu and the World’s Oldest Drinking Culture. His work has been cited in The New York Times, The Wall Street Journal, among others, and he has spoken at drinks industry events and literary festivals. A communications and branding specialist, he studied philosophy at Brandeis University and worked in public relations and publishing before entering the spirits industry. Derek is Ming River’s baijiu category expert and chief Bai-ologist at DrinkBaijiu.com. He currently lives with his wife and dog in Washington, D.C.